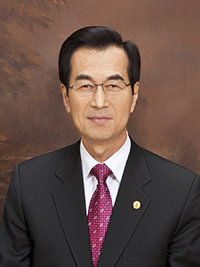 Christians historically conceive of heresy as persecutions from the official Roman Catholic Church, in the form of the Spanish Inquisition, of torture and burnings at the stake. But today’s Christians conceive of heresy and heretics a little differently. Obviously the level of religious persecution that used to plague those outside of the Roman Catholic Church does not exist anymore. Instead, Christians today will simply hold personal prejudices and avoid those they perceive as “heretics.” But throughout ministry pastors are repeatedly asked, “What is Heresy?” And so, the purpose of this article is to address and examine the nature of heresy using the Bible.

If we look at the origins of the word “heresy” it comes from the Greek word, Hairesis, which has been translated as “sect, division, heresy, or faction.” The Bible has repeated references to this word. In Acts 24:5 it describes hairesis as “sect.” In Titus 3:10 hairesis is described as “division.” In 2 Peter 2:1 hairesis is described as “heresy.” And Galatians 5:20 describes hairesis as “faction.” It translated the same Greek word to mean whenever an opinion or doctrine contrary to the official beliefs and the right doctrine was asserted, or whenever someone broke away from the true path. The disciple Peter warned of such false prophets and heretics thus: “But there were also false prophets among the people just as there will be false teachers among you. They will secretly introduce destructive heresies, even denying the sovereign Lord who bought them- bringing swift destruction on themselves.” (2 Peter 2:1).In Merriam Webster’s Dictionary, the word heresy is defined as “adherence to a religious opinion contrary to church dogma, dissent or deviation from a dominant theory, opinion, or practice, and an opinion, doctrine, or practice contrary to the truth or to generally accepted beliefs or standards.” The sociological and cultural reasons why the response against heretics was so violent are many. One of which is that Christianity is a religion thatarose during a volatile time for Jews in the Roman Empire. The monotheistic nature of Christianity was contrary to the polytheistic religions of the Roman Empire. As a result, Christians were often persecuted, and within such persecution arose a desire to keep the gospel pure, to prevent the confusion of heretic teachings from diluting the gospel and its impact. For this reason, perhaps for many Christians, heretics became possibly the most serious enemy.

However, the Bible has cautioned Christians from judging others, from being too quick to criticize and denigrate others for a small deviation from their own opinions or their own perspective. The Apostle Paul in Acts 24:5 was called a heretic by the Jews, a leader of the Nazarene sect. But the Apostle Paul was responsible for writing down the majority of the New Testament. If the Apostle Paul was a heretic, a leader of a sect, in the eyes of the Jews, does that make him so? No! He contributed greatly to writing the New Testament. It is a matter of perspective, and so we should be cautious and wary of too easily disparaging those slightly different, over something as minor as musical instruments in a church, worship or praise styles, or baptism of infants, as heretics.However simultaneously, it becomes necessary to define the essential doctrines of Christianity. Actual heretics are those who deny the true church dogma, such as denying the Holy Trinity, denying Jesus Christ as our savior, denying salvation through faith, denying Jesus’ resurrection, and denying the judgment of the wicked. The Bible states that these major doctrines concerning God, Christ, Salvation, and Resurrection are the bedrock of our faith. Therefore it is necessary, and absolutely crucial for Christians to hold fast to them. To deny or refuse these tenets, and to seek to add to it, to allege for instance, that God continues to give visions and revelations, this is true heresy. For Revelations 22:18-19 states “I warn everyone who hears the words of the prophecy of this scroll: If anyone adds anything to them, God will add to that person the plagues described in this scroll.And if anyone takes words away from this scroll of prophecy, God will take away from that person any share in the tree of life and in the Holy City, which are described in this scroll.” The Bible explicitly warns us that anyone who seeks to take away or add to the Holy Bible will have no place in the Holy City, in Heaven. So to address why some of the major heretic denominations of the United States are labeled thus, let us look to the differences in their alleged tenets.

For instance, adherents of Jehovah’s Witness deny the Holy Trinity; they allege that Jesus is a human version of the Archangel Michael, and that while he was a perfect man, he was not God in the flesh. They believe that Jesus Christ did not have an immortal soul and only gained an immortal soul as a reward for his faith and obedience to God. Jehovah’s Witnesses also believe salvation is obtained through a combination of faith, good works, and obedience. Additionally, they state that Jesus’s sacrifice, his death, which ransomed Christians, do not include Adam. They also state that the Bible has been corrupted throughout the centuries, and have retranslated the Bible to support their own false teachings.

Mormons similarly also deviate greatly from the Bible. They have their own “holy book” called The Pearl of Great Price. They teach that a man can become God and that God was once a man. They believe there is a Mother goddess, and her children with God are spirit children, our forms before we were born on earth with a natural body. Jesus is neither acknowledged as the eternal son of God nor as our path to salvation. They refuse to acknowledge the Holy Trinity or the existence of a physical hell for the wicked. They state that salvation is achieved through a combination of good works and deeds, missionary work, and following Mormon teachings. They highly emphasize the importance of their Mormon teachings, such as if it had not been for Joseph Smith and “the restoration,” there would be no salvation. They believe there is no salvation without accepting Joseph Smith as a prophet of God.

Seventh Day Adventists are the final group to examine here. They are distinguished by their use of Saturday as their Holy Day of Sabbath. They have 28 Fundamental Beliefs, without which, they hold salvation cannot be achieved. Adventists uphold teachings such as baptism by immersion and the creation of the world in six literal days. They do not believe in an immortal soul- only that a soul becomes immortal when resurrected from the dead. Accordingly, they believe that the wicked will not suffer eternal torment in hell, but will be physically annihilated.They also believe prophecy is one of the gifts of the Holy Spirit still given today and that their founder, Ellen G. White was a prophet. They believe the return of Christ is imminent and have asserted several times throughout the last 100 years that a specific set date would be his return.

However, the reason why these examples of deviant, divisive denominations are examples of heresy is because they deny what is at the core, what is at the heart of Christianity. They deny the precepts, the teachings of the Holy Bible, of the Gospel. They teach practices at odds, that contradict what is written in the Bible. Gal. 1: 6-8 stated “I am astonished that you are so quickly deserting the one who called you to live in the grace of Christ and are turning to a different gospel— which is really no gospel at all. Evidently some people are throwing you into confusion and are trying to pervert the gospel of Christ. But even if we or an angel from heaven should preach a gospel other than the one we preached to you, let them be under God’s curse!” The Apostle Paul described that such teachings are not a gospel at all. Such teachings are merely employed to confuse and divert from the true path.

In conclusion, a slightly different interpretation of a minor aspect of Christianity does not deserve the harsh label of heresy, but as we have examined, those groups that corrupt and distract from the core of Christian beliefs- they are true heretics. 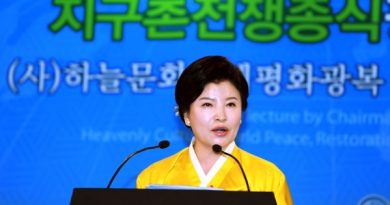 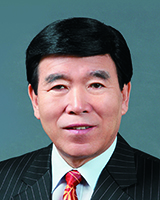 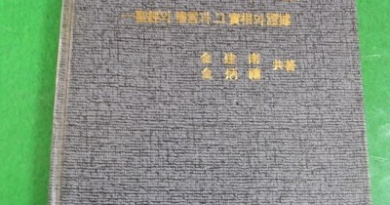