1. The Time of Jesus Birth

Luke 2:21-24 “On the eighth day, when it was time to circumcise the child, he was named Jesus, the name the angel had given him before he was conceived. When the time came for the purification rites required by the Law of Moses, Joseph and Mary took him to Jerusalem to present him to the Lord (as it is written in the Law of the Lord, “Every firstborn male is to be consecrated to the Lord”) and to offer a sacrifice in keeping with what is said in the Law of the Lord: “a pair of doves or two young pigeons.”

2. What is the Day of Purification?

Greek : The rites through which cleanliness may be achieved To rid oneself of uncleanliness and a ceremony of cleansing

Example 1- A rite that is common to all religions. The most fundamental and important ceremony, at the heart of all religions

Example 2- What the prophets emphasized was not just the

ceremonial actions but the ethical cleansing.

Example 3- Pharisees in the New Testament did not stress ceremonial

Lev. 12:1-5 The Lord said to Moses, “Say to the Israelites: ‘A woman who becomes pregnant and gives birth to a son will be ceremonially unclean for seven days, just as she is unclean during her monthly period. On the eighth day the boy is to be circumcised. Then the woman must wait thirty-three days to be purified from her bleeding. She must not touch anything sacred or go to the sanctuary until the days of her purification are over. If she gives birth to a daughter, for two weeks the woman will be unclean, as during her period. Then she must wait sixty-six days to be purified from her bleeding.

Lev. 12:6-8 When the days of her purification for a son or daughter are over, she is to bring to the priest at the entrance to the tent of meeting a year-old lamb for a burnt offering and a young pigeon or a dove for a sin offering. He shall offer them before the Lord to make atonement for her, and then she will be ceremonially clean from her flow of blood. These are the regulations for the woman who gives birth to a boy or a girl. But if she cannot afford a lamb, she is to bring two doves or two young pigeons, one for a burnt offering and the other for a sin offering. In this way the priest will make atonement for her, and she will be clean.’”

As recorded in the Scriptures, a son is circumcised after 8 days, and a woman is considered purified after 33 days. And only then can a pair of doves be sacrificed at the sanctuary. But on the Day of Purification, 33 days after Jesus’ birth, the sacrifice was made with a pair of doves and pigeons.

Luke 2:22-24 And when the days for their purification according to the law of Moses were completed, they brought Him up to Jerusalem to present Him to the Lord (as it is written in the Law of the Lord, “Every firstborn male that opens the womb shall be called holy to the Lord”), and to offer a sacrifice according to what was said in the Law of the Lord, “A pair of turtledoves or two young pigeons.”

In the Old Testament a dove signified a bird mostly used in sacrifice. In the New Testament this can be seen in Luke 2:24, where Mary sacrificed a pair of doves or young pigeons on the Day of Purification in compliance with the strictures and regulations in Lev.12. (Luke 2:22). In Psa. 74:19 a dove is used as a metaphor to signify Israel.

Psa. 74:19 Do not hand over the life of your dove to wild beasts; do not forget the lives of your afflicted people forever.

The reason why the Lord’s dove was pleaded not to be given to wild beasts and the lives of the Lord’s afflicted people were prayed not to be forgotten was because the dove was used as a sacrifice for the sins of humanity. As such, a sacrifice of doves was used for a baby Jesus’ Day of Purification.

Jer. 8:7 Even the stork in the sky knows her appointed seasons, and the dove, the swift and the thrush observe the time of their migration. But my people do not know the requirements of the LORD.

As the recorded Scriptures say, a dove like the stork and the swift and thrush, knows well its time of migration. Swifts and thrushes migrate to the north in April and migrate to warmer climates in September/October. Doves migrate in April and

lay eggs immediately. Around May/June, newly hatched doves will cry out. Additionally, as the sound of the dove’s cry sounds like “coo coo,” therefore, in Latin a dove is known as turtur.

Song of Songs 2:11-13 “See! The winter is past; the rains are over and gone. Flowers appear on the earth; the season of singing has come, the cooing of doves is heard in our land. The fig tree forms its early fruit; the blossoming vines spread their fragrance. Arise, come, my darling; my beautiful one, come with me.”

4. deducting 33 days from the Day of his Purification

As recorded in the Scriptures, when winter passes (the rainy season is winter in Israel), and the rains cease, the flowers bloom, and the birds sing, it is possible to see that it is spring. The fig tree bears fruit and the blossoming vines spread their fragrance. It is mid May to early June. (Doosan Encyclopedia)

Since the cry of the dove could be heard, it is possible to know that the time of the sacrifice made at the Day of Purification was mid May. In mid May the flowers bloom and the figs bear fruit.

A dove must be present in order for a dove to be offered as a sacrifice at the Day of Purification. A dove is a migratory bird in the Palestinian area. A dove lays its eggs deep in-between the boulders of a mountain. Which means they are difficult to acquire. Accordingly, a dove is much more expensive than a pigeon and costs double. Doves are sacrificed because a young dove signifies purity. The sacrifice of a one year old male lamb at Passover (Exodus 12:5) is because that lamb is pure and young without a mate. Similarly, a young pure dove is sacrificed at the Day of Purification for the same reasons. The Day of Purification is 33 days after the birth of a son. Therefore it is possible to know Jesus’ birth by deducting 33 days from the Day of his Purification.

The time when the dove cries, when the fig tree bears fruit is mid May. If we deduct 33 days from that day it is mid April. The day of Jesus’ birth is 33 days before the Day of Purification, which occurred as doves were sacrificed, and the fig trees bore fruit and the vines blossomed. In the face of this truth, the Dec. 25th determined by Liberius in 354 A.D., the January 6th determined by the Eastern Orthodox Church, and the October date set by others as Jesus’ birth can be seen as meaningless. However, the fixed date of Dec. 25th as Jesus’ birth has fossilized for the past 1700 years and cannot easily be attacked. Even though it is a tradition and custom unrelated to the Bible, Christians celebrate it every year on December 25th (Mark 7:9,1 3)

This author has held for the last thirty years in numerous sermons that Jesus’ birth date was actually in mid April. However, it is true that the date set by Liberius as December 25th and celebrated for the last 1700 years cannot easily be changed. But a day will come when the Korean Christians can recognize and celebrate Jesus’ true birth date as mid April, the time of budding flowers.

Eternal life is knowing the one true God and his Son (John 17:3). Knowing Jesus’ true birth date is a shortcut to knowing him. 350 A.D. was a time when the Western European Christians and the Eastern Europeans Christians were very contentious with one another. Even today the war of Dec. 25th vs January 6th (the current Eastern Orthodox Church’s set birth date of Jesus) continues.

For the first time in 2,000 years we have discovered that Jesus’ true birth date is mid April. As such, we should stand before the world’s churches and proclaim this for all to hear. 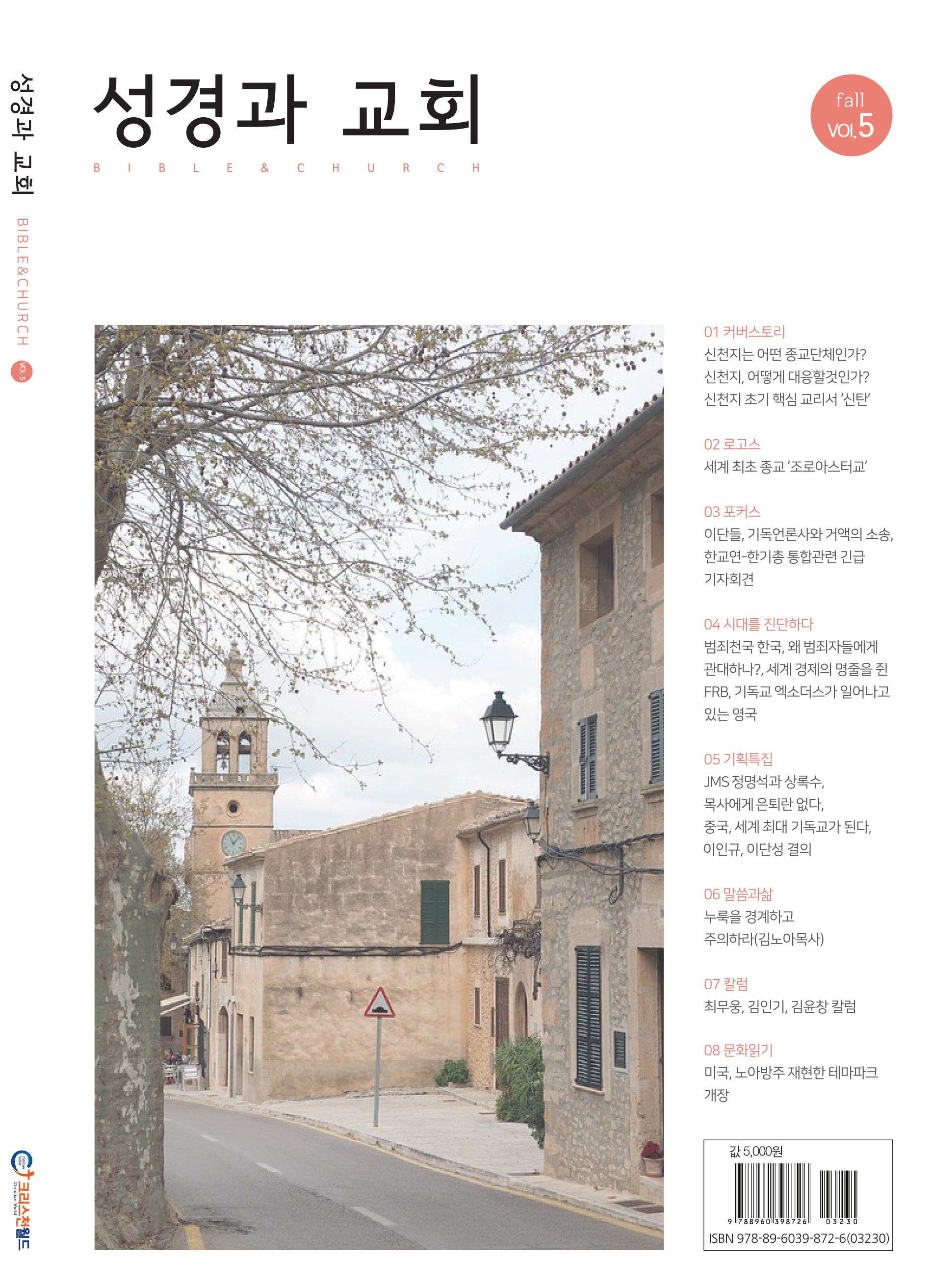